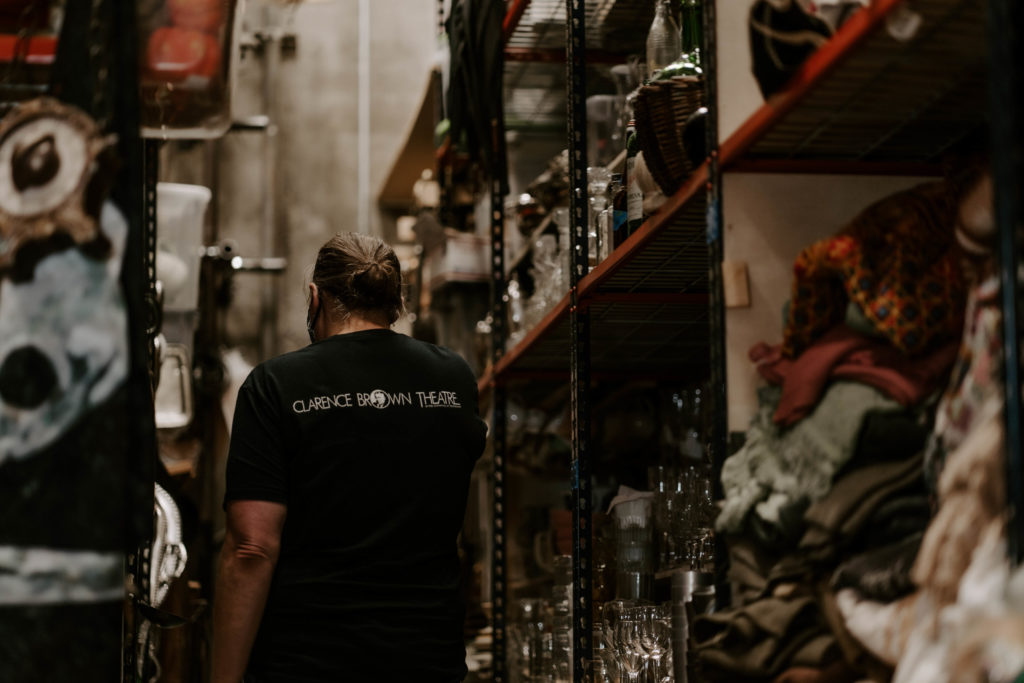 The Carousel Theatre on the University of Tennessee’s campus is one of the oldest theaters-in-the-round in America. Built in 1952, it is still a staple of UT’s Theatre Department. It has been through a lot of renovation over the years, but in 2019, the faculty felt it was time for the beloved building to get a facelift.

Enter: the theatrical crew here at Big Slate Media! The fundraising board for the Carousel construction project put out a request for proposal with the hopes of creating a video that could be part of a video brochure for prospective donors. With a few of us being past (and current) thespians, we are always thrilled to have the opportunity to work with the performing arts (see Ghostlight Series). Our task was to come up with a creative vision for the project that would shine light on the legacy of the theatre, while casting a clear vision for the future.

The brainstorming sessions for a pitch like this were a blast! We wanted to be extra creative in how we told this story, so using our theatre backgrounds we were inspired when considering all the aspects of putting on a stage production – from set design to costumes, makeup, lighting, and acting. We felt like the vision should be focused around building a place for students to learn and grow in those areas, so focusing on current students felt like the best move for this project. Eventually, we focused our vision on the idea of “Setting the Stage.”

The scope of the video was 2-4 minutes long, so we had enough time to utilize some more creative voiceover ideas. We wrote out a script that emphasized “the people” that make up the theatre. The idea was that at the heart of every show, “people” are the ones that make it happen. It was important that our shot selection included these individuals actually preparing for a performance. In order to show the legacy of the theatre, we would utilize UT’s extensive archive of photos, shoot them in our studio, and then interlace them in the editing.

We were so fortunate that the fundraising board for the Carousel Theatre enjoyed our pitch, and ultimately selected us for the project! Knowing they bought into our vision and trusted us made for such an easy partnership. After a few days on campus and shooting in our studio, we felt like we had a final product that would make people feel connected to this wonderful theatre, but more importantly, connected to the people that will grow in it, as part of UT’s theatre program. The campaign committee has since told us this video was instrumental in reaching their fundraising goal, and we’re honored to have been part of honoring the history of the Carousel while securing its future.

If you’re interested in learning more about this project, or need a video for your upcoming fundraising campaigns, please reach out to us! We’d love to be part of it.